If you support the Ontario PC Party this is an interesting time for the party and a great time to get involved.

In order to vote for the next leader of the PC Party, please remember that you must be a member of the Party by February 16.

Voting will take place between March 2 and March 8. If you’d like to volunteer with one of the candidates, donate, fundraise or learn more about what it takes to get involved, drop us a line at [email protected]. We are here to help. 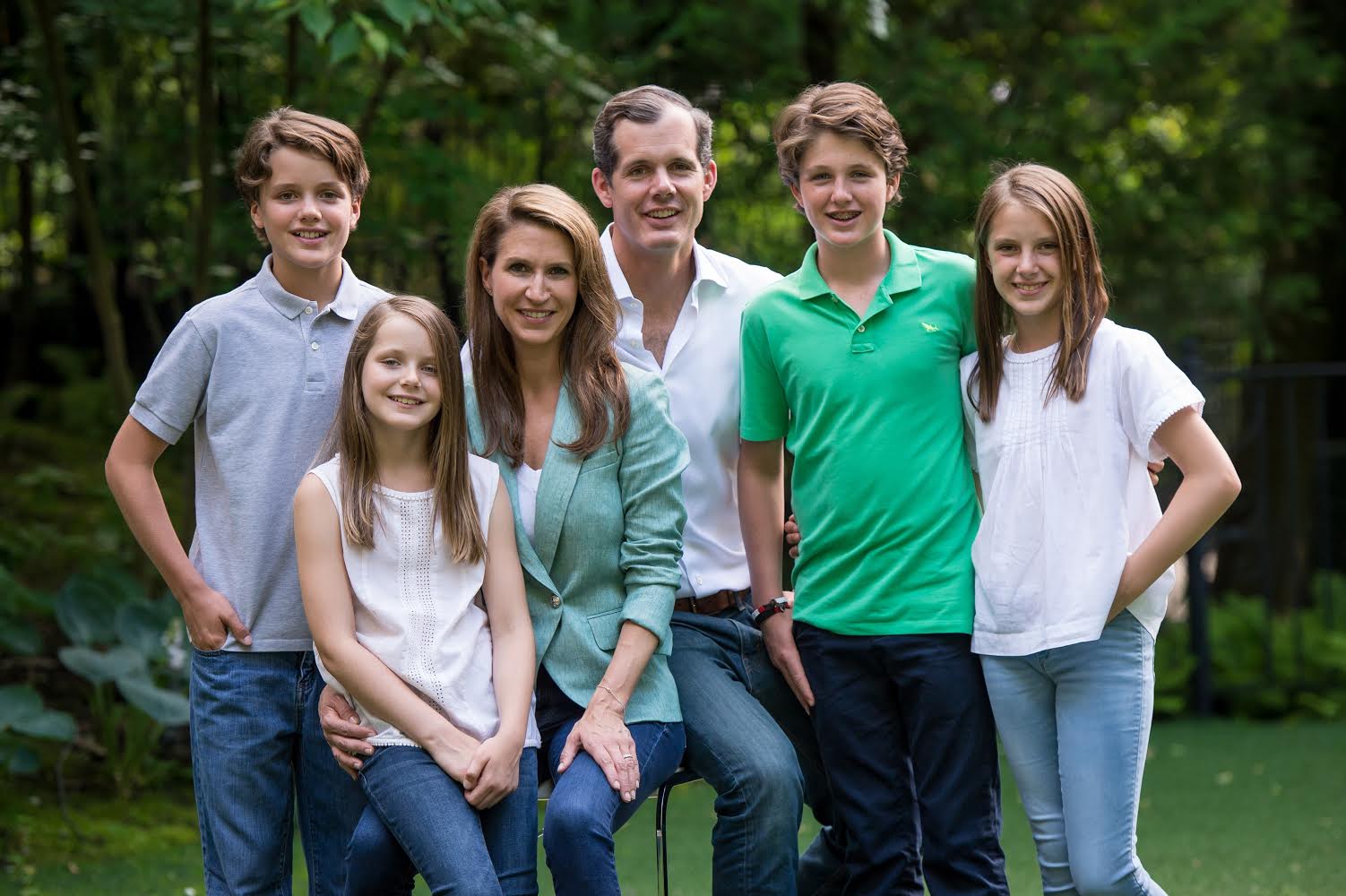 Nominated Candidate for Member of Provincial Parliament for York-Simcoe (Ontario)

Candidate for Leadership of the Progressive Conservative Party of Ontario

1. Tell us a bit about your background and why you decided to run for the nomination to be the next leader of the Progressive Conservative Party of Ontario?

I’m running because I’m the only candidate who can defeat Kathleen Wynne. Ontarians expect us to win and want us to win. We need a leader who can defeat Wynne. I have the energy, I have the training, and I’ve been speaking with thousands of Ontarians over the last 8 months. I understand the problems we need to fix and I’m also able to keep the party united. Ontario is in a hole and we need to stop digging. People are worried about keeping the lights on, putting food on the table, and that is just unacceptable. Businesses feel that government is getting in their way. Our priorities are upside down and we need a change, a big change. That’s why I decided to run as a candidate last year, I put my name on the ballot. I understand this is a big job. The Liberals have made a mess over the last 15 years so we need a candidate who has the energy and the ability to get the job done and I have made that commitment.

2. What qualifies you to lead the Progressive Conservative Party of Ontario? Why should I vote for you and not the other candidates, whom have far more political experience?

Some people say that political experience is a prerequisite for being premier but I believe that Kathleen Wynne has a great deal of elected experience and that’s the kind of experience that has gotten us into the mess that we’re in today. I think we need something new. I have experience in the private sector, I’ve started a charity, and I’ve run that organization. We need someone who has experience and doesn’t come with political baggage. I care about Ontario and I want to get it back on track. We need to have the energy and the commitment to get it back on track. I think political experience is what has gotten us here and people want something different. I don’t know if you know my background, but I’ve worked on Wall Street, I’ve worked on Bay Street, and the charity I was talking about is the Shoebox Project. We’ve started it from scratch with my family 6 years ago and now we run it in communities across Canada and the United States.

3. Tell us a bit about your policy platform? Muslims in Ontario, in a recent survey we conducted, rated healthcare, jobs and the economy as key areas of interest. Feel free to also share your thoughts on the increase in minimum wage and last week’s job data which showed the loss of near 60k part-time jobs in Ontario.

So on health care, it is a top priority. We need to prioritize healthcare for our families and patient care for our province, but because of all these income cuts, we’re not investing the way we should. My platform has a significant investment in mental health, the largest investment in mental health in Canadian history: $1.9B and that is going to go a long way to help families and people who are suffering from mental health and illness. That is going to alleviate stress from the system. One of the other priorities we have is to reduce hospital and emergency wait times. I’ve got a number of items that are in the People’s Guarantee that I support and I’d like to continue to advance but making sure that our focus is on patient care and mental health are our top two priorities.

In terms of the minimum wage, I believe that everyone deserves to earn a living wage and should be fairly compensated. We want everyone’s wages to cover their expenses but we want a measured approach to the implementation. The Liberals had the chance to look at this a few times over the course of their mandate but they chose to roll it out right before an election and did so very quickly. Rolling it out too quickly will end up hurting the ones it was intended to help and that’s what’s affecting the job loss statistic. When we roll out policies like this, we have to make sure we do it properly so we don’t hurt those that we want to help.

4. So you are supportive of the minimum wage increase but you prefer to do it more gradually?

Yes, the minimum wage is now $14.25/hour, this is not something I will roll back. We are going to phase in the increase to $15/hour over a 4 year period. This would give businesses the chance to adjust and make sure those we’re trying to help don’t get hurt in the process.

5. What about the inflation that might stem from the increase in minimum wage?

There are alot of consequences of Bill 148. There are costs that businesses will incur. They will either be passed on to consumers or they will absorb them and it’ll hurt their bottom line. That’s exactly the kind of consequence that governments should consider when introducing these types of policies. It’s still early in our policy development phase, but we’re looking at reducing red tape to help businesses lower cost.

6. Recent data from Statistics Canada has shown a continued prevalence of hate crime incidents across the country.  They’re targeted against racial or ethnic groups, religious minorities, and based on sexual orientation- examples include crimes against Black Canadians, Jewish Canadians, Arabs, and South Asians. In our community, Islamophobia is a major concern. What will you do if elected leader and premier to address these troubling trends?

First of all, acts of hatred have no place in our society and we should always stand up for human rights and religious freedom. That is essential to our society. As leader and as premier, I believe we have to stand resolutely for religious freedom at every level of government in Ontario. That is something I will commit to doing. We need to include leaders from different communities to make sure their voices are reflected at all levels of government and there is an open line of communication between the Premier’s office and the offices of the leaders of various communities to make sure that we are all aware of some of the challenges that you are facing. We’ll be sure to address them as openly as possible because as I said, there is no room for hatred in our society.

7. The previous leadership made great strides in building bridges with minority communities and placed a great deal of effort on outreach. What would the OPC look like under your leadership to ensure all communities are at the decision-making table?

One of the reasons that I decided to run was because I believe in the changes that I saw in the Ontario PC party in terms of community outreach and bridge building. It is very important to me to continue that and this is something I will be doing. One of the first things that the Ontario PC party did in 2015 was to assign a member of caucus to each community for outreach activities and this is something I’d like to continue doing. We want to ensure that communities who have been very active with the Ontario PC Party have their voices heard at different levels within the party and I want to make sure we continue to build a place for them in the party and not just in their own communities but within the party itself.

8. What is your stance on climate change? You’ve recently announced your opposition to the new carbon tax. How will you address the $4B deficit without raising taxes or decreasing spending?

Our climate is changing because of man-made climate change. That is my position. In terms of the carbon tax, as a conservative, I’m opposed to new taxes. The carbon tax is a new tax so that is why I’ve opposed it. After 15 years of Liberal government, there is a lot of waste. The way I will fund the platform is to look at government waste. The auditor general, a few months ago, looked at over 100 government programs and found $1B of government waste. The Fraser Institute released a study last week that stated that the government increased pre-election spending by $7B so there are many examples of waste. We can deliver our programs more efficiently the way people expect without the high tax for working Ontarians.

9. On a lighter note, tell us what you like to do to relax when you are not campaigning?

Well, it’s only been a few months. To relax, I try to spend as much time with my kids as possible. If we’re lucky, we’ll watch a movie and go out to dinner but mostly, I just try to spend time with them and go to their hockey games, watch TV and help them with their homework. I’ve got 4 kids who are 13, 12, 12 and 10 and so they have busy lives and I like to catch up with them and spend quality time.

10. Is there anything you’d like us to highlight that we haven’t asked you?

Yes, I’m the only nominated Candidate in this race which means that I put my name forward 8 months ago because I wanted to beat Kathleen Wynne and not because there is a leadership race. There is a lot of work to do and I’m committed. Ontarians want us to defeat Kathleen Wynne so we need someone who is fresh and new.